Book review: Paul Peucker, A Time of Sifting: Mystical Marriage and the Crisis of Moravian Piety in the Eighteenth Century

This review will appear in the spring 2017 issue of Blake. The reviewer is Marsha Keith Schuchard, the author of many articles and books on Blake and his circle. To the journal she has contributed “Blake’s Healing Trio: Magnetism, Medicine, and Mania,” “The Secret Masonic History of Blake’s Swedenborg Society,” and “Young William Blake and the Moravian Tradition of Visionary Art,” as well as an article with Keri Davies, “Recovering the Lost Moravian History of William Blake’s Family,” which is referenced below. In 1863 Blake’s biographer Alexander Gilchrist lamented that he had been unable to learn anything about the artist’s mother, Catherine: “She is a shade to us, alas! in all senses: for of her character, or even her person, no tidings survive.”[1] Though more information emerged over the next decades, the discovery that she was a widow before she married James Blake, father of William, and that she and her first husband, Thomas Armitage, were members of the Moravian Church in London in 1750–51, provided a new context for her personal development and influence on her son William.[2]

The Armitages participated in Moravian affairs at the height of the “Sifting Time,” when their leader, Count Nikolaus Ludwig von Zinzendorf, and his son, Christian Renatus, implemented radical experiments in sexuality, art, and music. The term was applied to this turbulent period in the wake of widely published accusations of scandalous behavior, when intimidated and cautious church officials claimed that their faith had been strengthened after being tested by Satan: “And the Lord said, Simon, Simon, behold, Satan has desired to have you, that he may sift you as wheat” (Luke 22.31). What is relevant to Blake’s mother is that Christian Renatus (or Christel, as he was called by his infatuated followers), the leader and propagator of the sexual excesses at the center of the “Sifting,” participated in the London church from May 1749 to May 1752, when he died at age twenty-four.

Paul Peucker, former archivist of the Moravian archives in Herrnhut, Germany, and current director of the church’s archives in Bethlehem, Pennsylvania, has pieced together the reality of the sexual excesses practiced and encouraged by Christel from the fragmentary surviving documents of the Sifting Time. He also places them within the context of Zinzendorf’s own beliefs about the “mystical marriage” between the believer and Christ, especially the count’s teaching that sexual intercourse within marriage was a liturgical act in which the couple could experience full union with Jesus. The Moravians’ pioneering techniques of sex education infused a spiritual dimension to marital copulation that was very similar to that of Jewish Kabbalists. Craig Atwood, Colin Podmore, and other current Moravian historians have written lucidly and positively about these concepts and practices.[3]

What Peucker has brought to the history is a deeper investigation of German sources that reveal how far Christel and his devotees extended the notion of sacramental sexuality into radical rituals of gender changing, homosexual activity, extramarital intercourse, and possibly group sex. He narrates these documentary discoveries without sensationalizing them or making them seem perverted, while being frank and explicit about his textual materials. Though Peucker does not mention Blake or deal with the London context of Christel’s activities, he makes clear that the charismatic young man brought to London his radical ideas and practices, as well as a group of his closest disciples, his “Schätzel ” or “sweethearts” (50).

He focuses on the crisis that emerged in February 1749 when Zinzendorf sent from London to all Moravian congregations a letter of reprimand aimed at ending the sexual misconduct, which had become more egregious after Christel held a gender-changing ceremony in December 1748 at the Moravian center in Herrnhaag, Germany. In order to overcome the difficulty of male marriage with Jesus, Zinzendorf declared that every soul is feminine (anima) and that at death the male body would be shed. As Peucker observes, “By teaching that men were essentially women, Zinzendorf enabled Moravian men to envision their intense love for Christ in the same sensual manner as women did” (113). But Christel and the younger generation “could no longer wait,” and “they had learned that any manly (sinful) gender identity was only temporary and that inside each man a maiden was hiding” (113-14). In a joyous but controversial ceremony, Christel “declared all brothers to be sisters” (114), and they were forgiven for all previous and future “manly” sins: “For Moravians, an antinomian phase had begun” (117).

In the hothouse atmosphere of Herrnhaag and other Moravian centers (infused with powerful music, ritualized dance, elaborate artworks, and thousands of candles), the infatuated “sweethearts” frolicked and played in increasingly uninhibited sexual relationships. One radical group formed a society of “Sixty Queens,” composed of sixty select men and women who held private ceremonies in their rooms (116). Emanuel Swedenborg recounted that when he was in London in 1748–49 he was taken by two Moravians to a secret room where the members pronounced antinomian sentiments and indulged in promiscuous rituals.[4] As Atwood memorably remarked, the Sifting Time was “primarily a youth movement,” and its manifestation at Marienborn and Herrnhaag can be compared “to the ‘Summer of Love’ in San Francisco in 1968. It was a time when a youth culture frightened the authorities.”[5]

For readers of Blake who are interested in his often radical and uninhibited portrayals of sexual variety, Peucker’s revelation of the actual words of Moravian enthusiasts and their critics will be provocative and worth further examination. That Blake’s mother was privy to Christel’s activities in London, where he was adored by the congregation, makes the question of her possible transmission of his ideas to her son intriguing. Thus, Peucker’s discussion of the songs of the Sifting Time (93-103) becomes especially relevant to the study of Blake, who considered himself a singer and composer as much as a pictorial artist. When Zinzendorf tried to suppress the Sifting, he ordered members to turn in their hymn books, which were buried or burned. However, many members kept their own handwritten hymn books, which contained not only the congregations’ but their own compositions. The count worried that “it will take several years for us to get rid of these songs, since people learned them by heart” (quoted on 93). Singing was “a spirit-filled, almost ecstatic matter” (94), and hymns were sung with “a ragingly glowing feeling of love” (96, quoting a letter to Zinzendorf). A former Moravian accused Zinzendorf of “using the tunes of whore songs as sacred hymns” (quoted on 97).

Though, as mentioned, Peucker’s book does not include Catherine Armitage and William Blake, his painstaking and thorough examination of the surviving German archival sources and his open-minded and even-handed analysis of their historical and religious significance make his book an important resource for Blake scholars. He concludes with the account of a newly appointed Moravian archivist in 1802 who came upon a sealed bundle of contemporary documents from the Sifting Time; he did not dare open it and sent it to the Elders, who read the documents, were horrified, and threw everything into the fire (172). Peucker concedes that his study has “only partially lifted the veil that covered the Sifting Time” (170), but we must be grateful that he has lifted it further than has any previous archivist or historian. 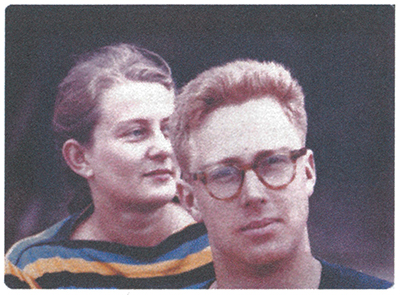